The Woman from A to Z
After the DREAM AMSTERDAM editions with Spencer Tunick (2007), Ryoji Ikeda (2008), and Peter Funch (2009), we focused on a theme: ‘The Woman from A to Z’. An elaborate program exploring femininity through artistic expression of both female and male artists, where the woman is central to various forms of imagination and meaning.

The program was not solely geared towards women, but also an invitation for men to behold, (re)discover and explore the woman. It offered an experience, interaction, as well as an in-depth focus and discussion.

The event took place at various locations throughout Amsterdam from October 30 until December 16, 2012, with presenting partners Paradiso, Stadsschouwburg Amsterdam, EYE Film Museum and Hermitage Amsterdam. Participating artists and speakers were, amongst others, Jesper Just (DK), Joan As Police Woman (US), Sunny Bergman (NL), and Germaine Greer (AUS). The symposium was accompanied by remarkable and illustrating films, videos and fragments by artists like Marina Abramović, Tracey Emin, and Martha Rosler. Live performances were by Minka Parkkinen (SWE) with a scene out of ‘Innenshau’ by Jakop Ahlbom, a first view of the choreography ‘Juxtapose’ by Cecilia Moisio (FI), and poetry by Wonder Allen Smith (UK).

Sound Artist Nathalie Bruys (NL) was the first Dutch artist to be commissioned by Dream Amsterdam Foundation. She made a translation of the female theme into a soundwalk with the dreamy title ‘Underneath your feet, we meet‘. Nathalie Bruys also composed a ringtone with special healing frequencies, titled ‘Soften Down & Loosen Up‘. Every time your phone goes off, your DNA system gets a little upgrade. Listen to her inspiring (Dutch) interview with ‘De Avonden‘. Joan As Police Woman also had an interview on the same program, which can be heard here. 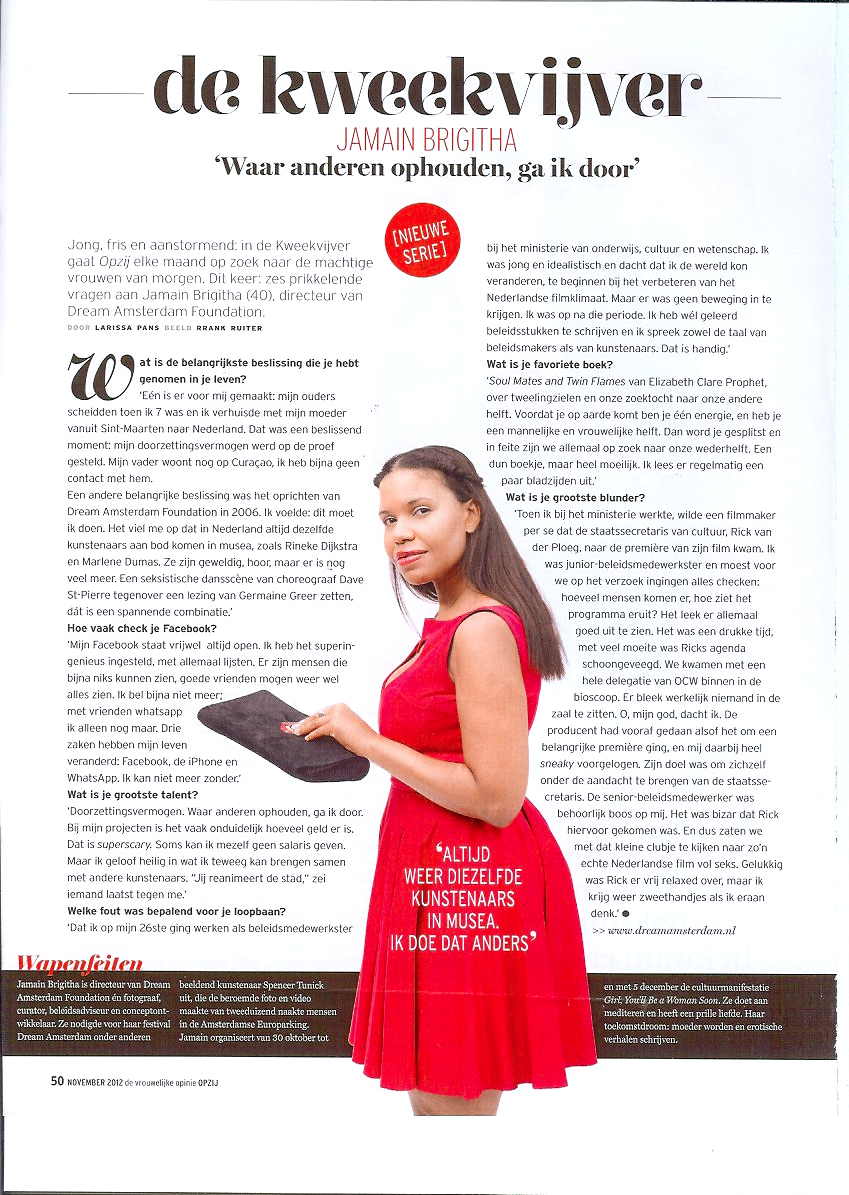 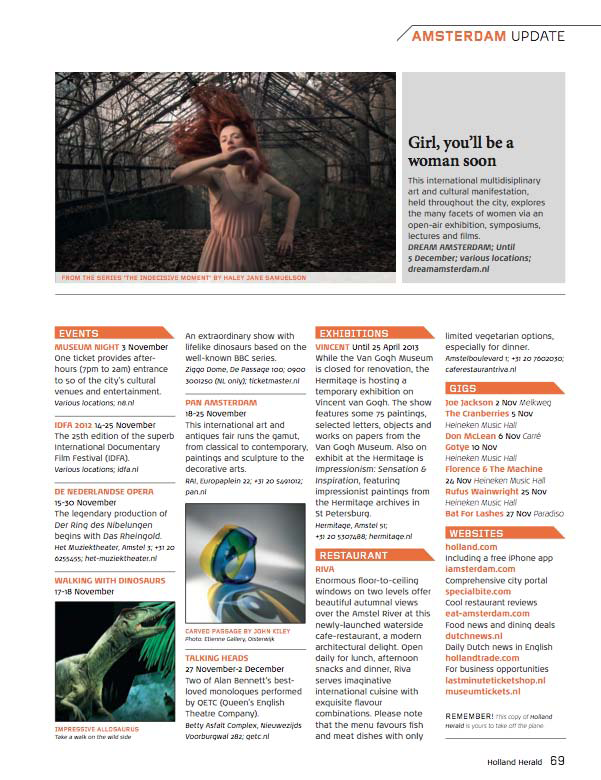