Peter Funch (pronounced as ‘Funck’) has established himself as one of the most interesting contemporary art photographers. Ever since he graduated from the Danish School of Journalism in 2000, his works have been hailed by both audience and various prize committees. Funchs work has been shown worldwide in museums, galleries and prestigious photography festivals and art fairs, amongst the photography festival in Arles, Zoo Art Fair (London) and VOLTA show (Basel | New York), where Jamain Brigitha first discovered his work in March 2008. Under the title of AMSTERDAM STORIES, Peter Funch created a new series shot on 15 locations in Amsterdam over a period of six weeks. The series is an artistic time document of how people live, work and play in Amsterdam. The images show the diversity of Dutch society and focuses on human relations and interaction (or the lack thereof) within the urban city. This new work follows Peter Funchs acclaimed series BABEL TALES made in NYC.

The heart of DREAM AMSTERDAM 2009 was at Amsterdams prestigious Museumplein, where Rijksmuseum, Stedelijk Museum, Van Gogh Museum and Concertgebouw are located. An immense installation was on site in the pond of the square. Peter Funchs site-specific art project was on view from June 5 until August 31, 2009. See more images here.

Just as Ikeda, Funchs commission for DREAM AMSTERDAM 2009 was his first large-scale site-specific art project, marking an important step in his artistic career. For more information see the factsheet here. 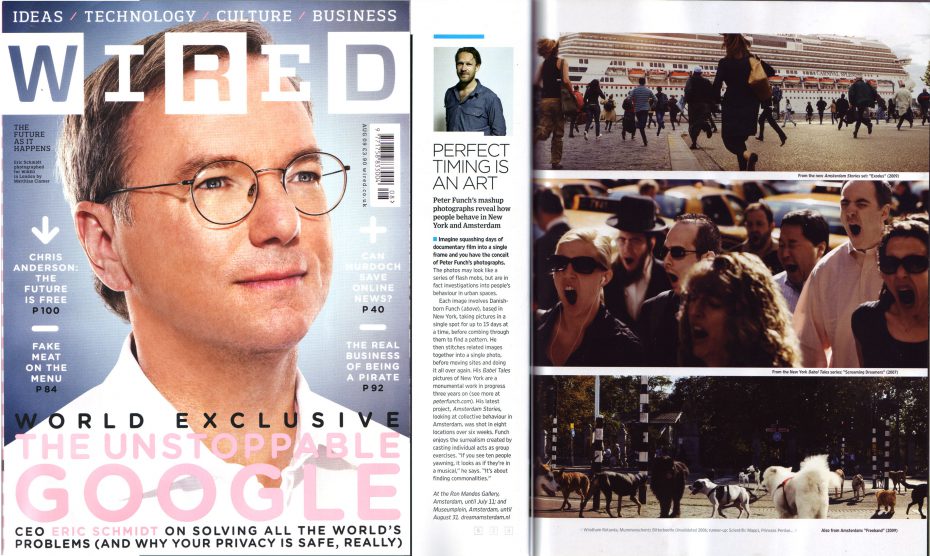 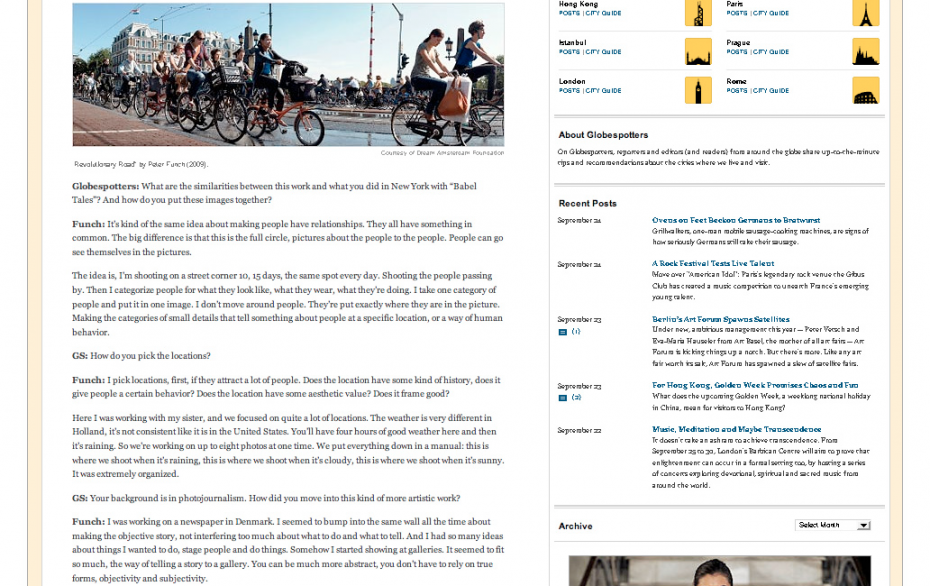 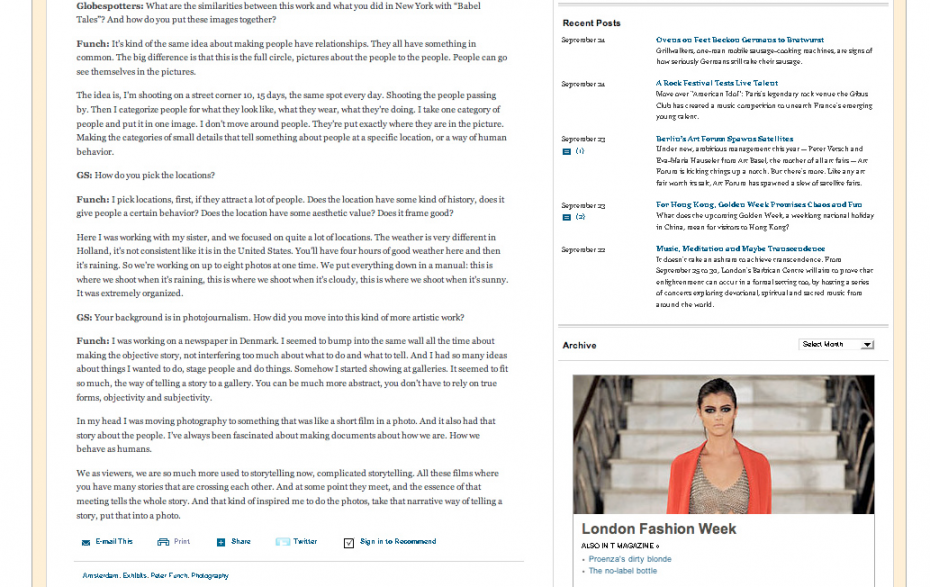 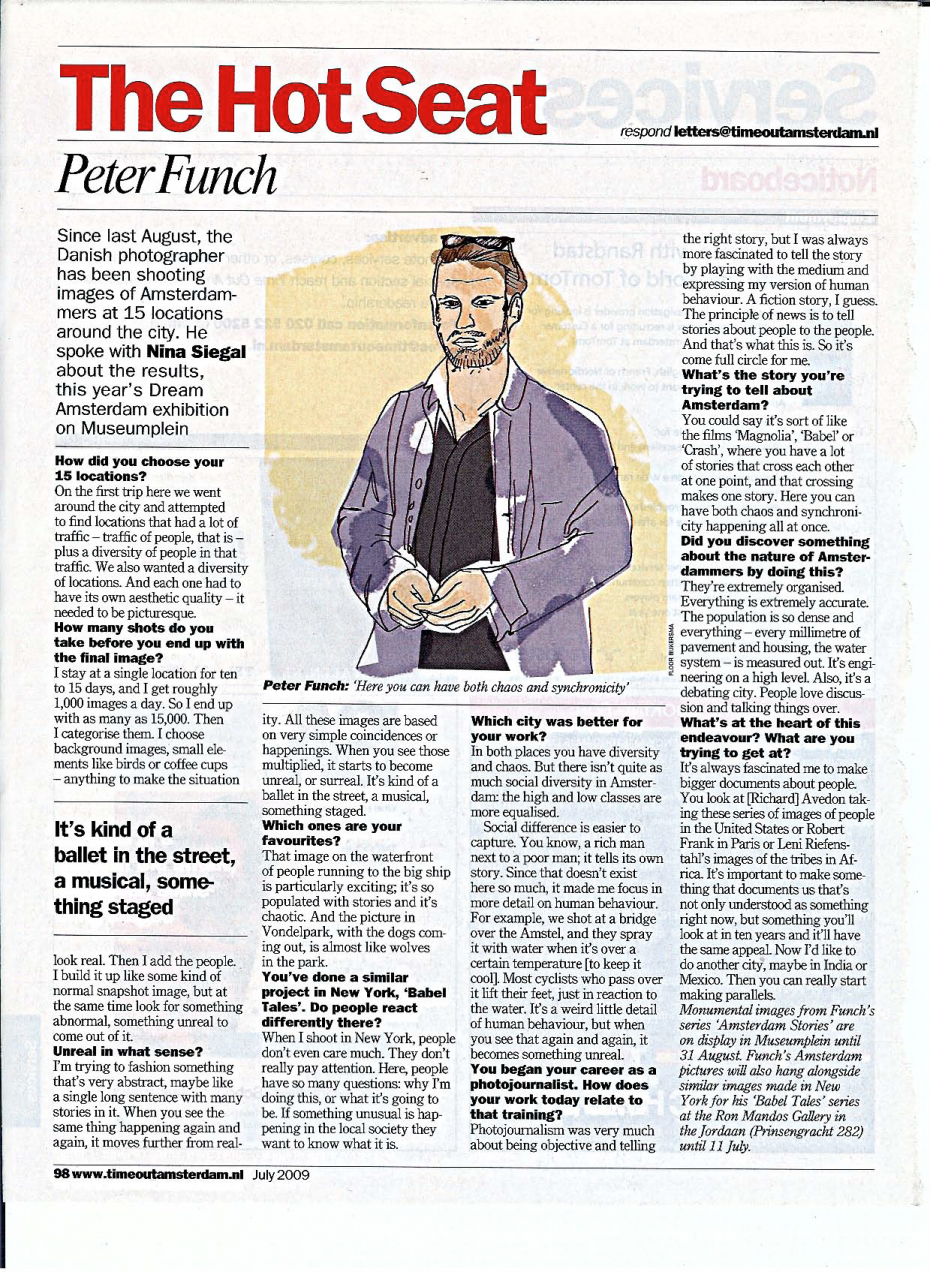 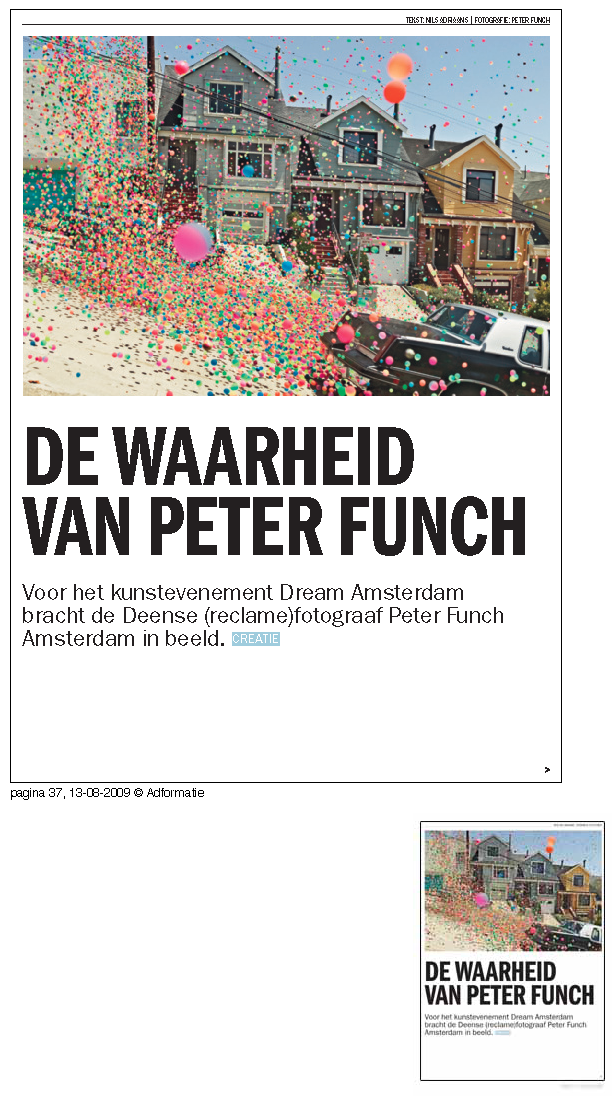 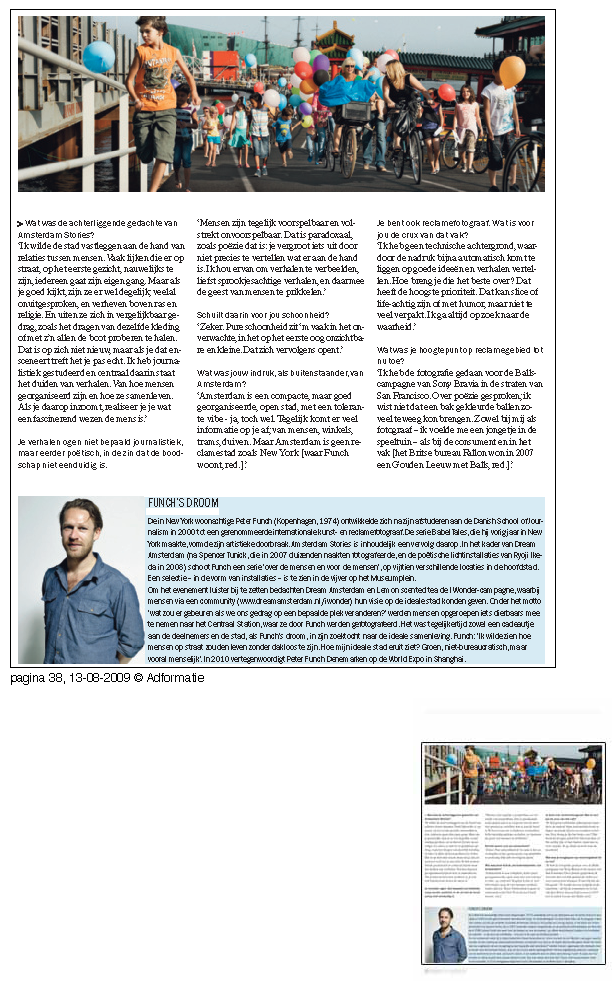 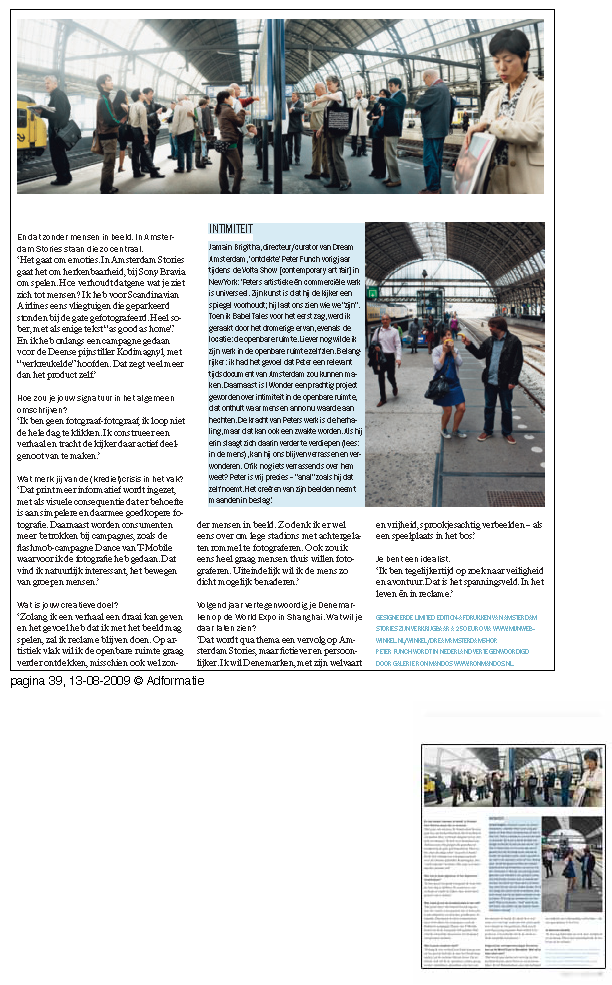 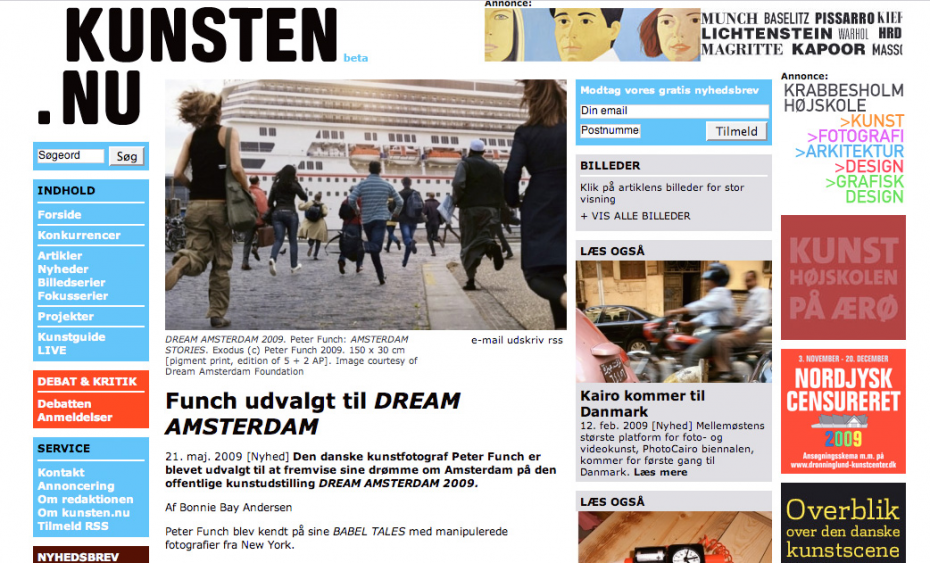 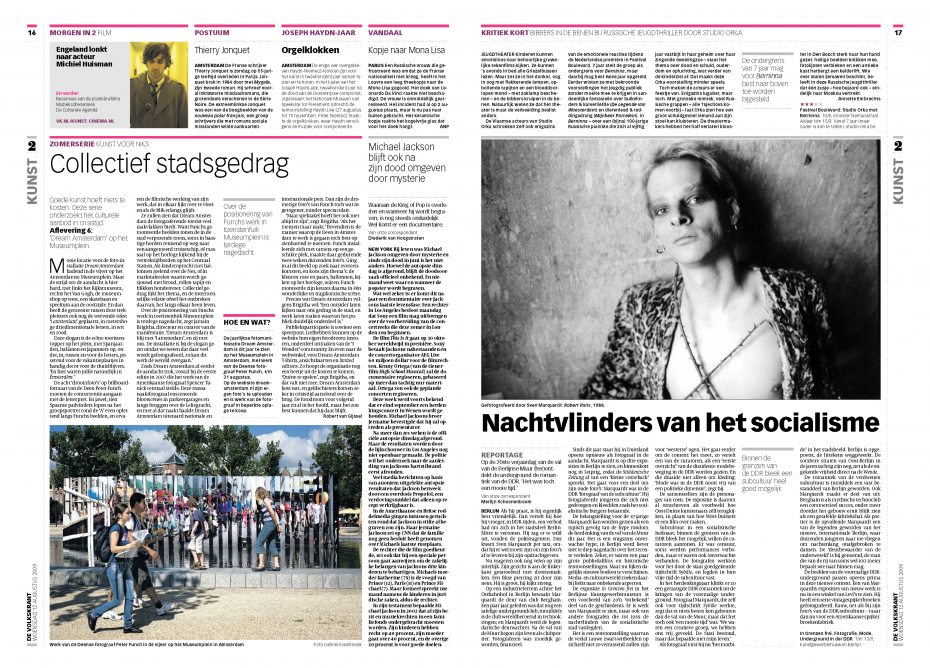 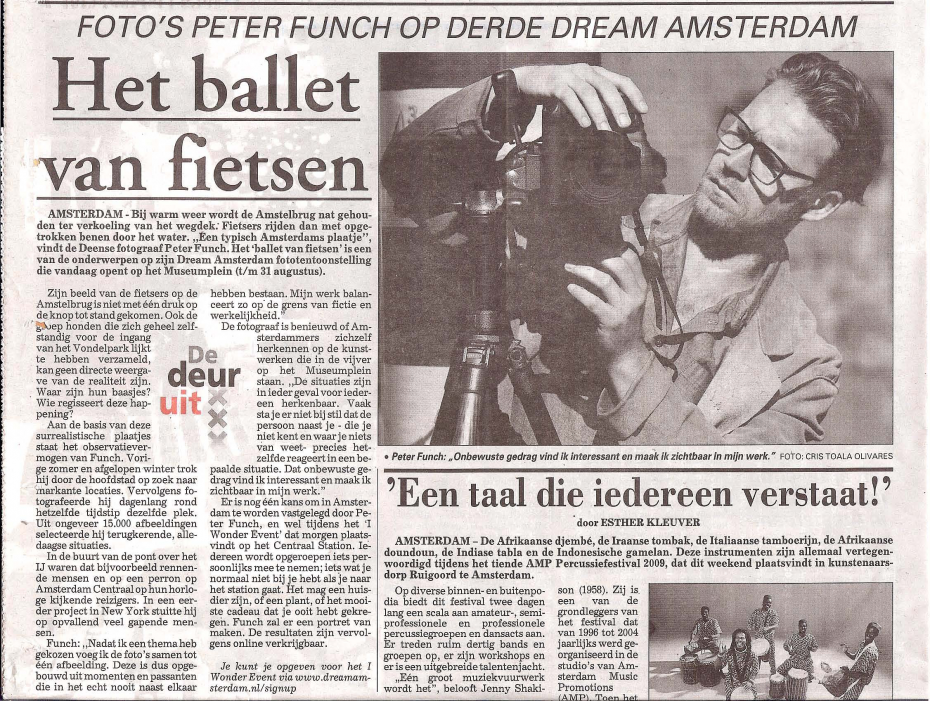 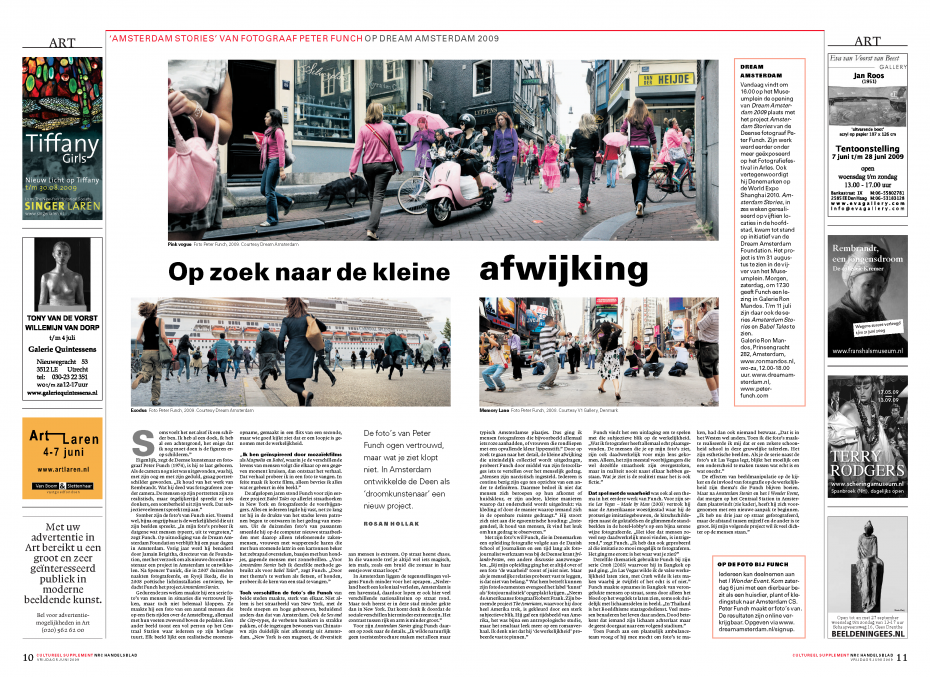 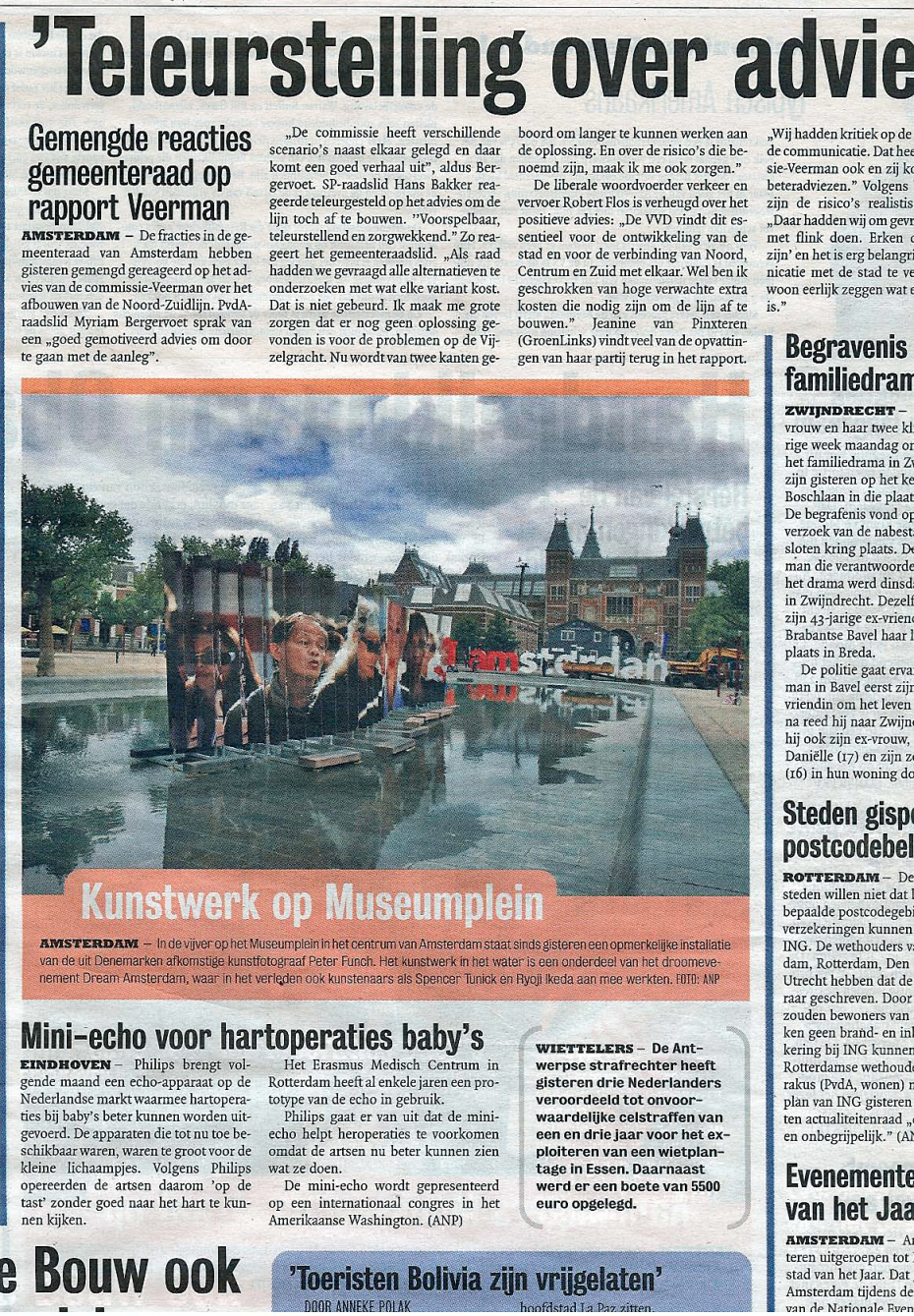 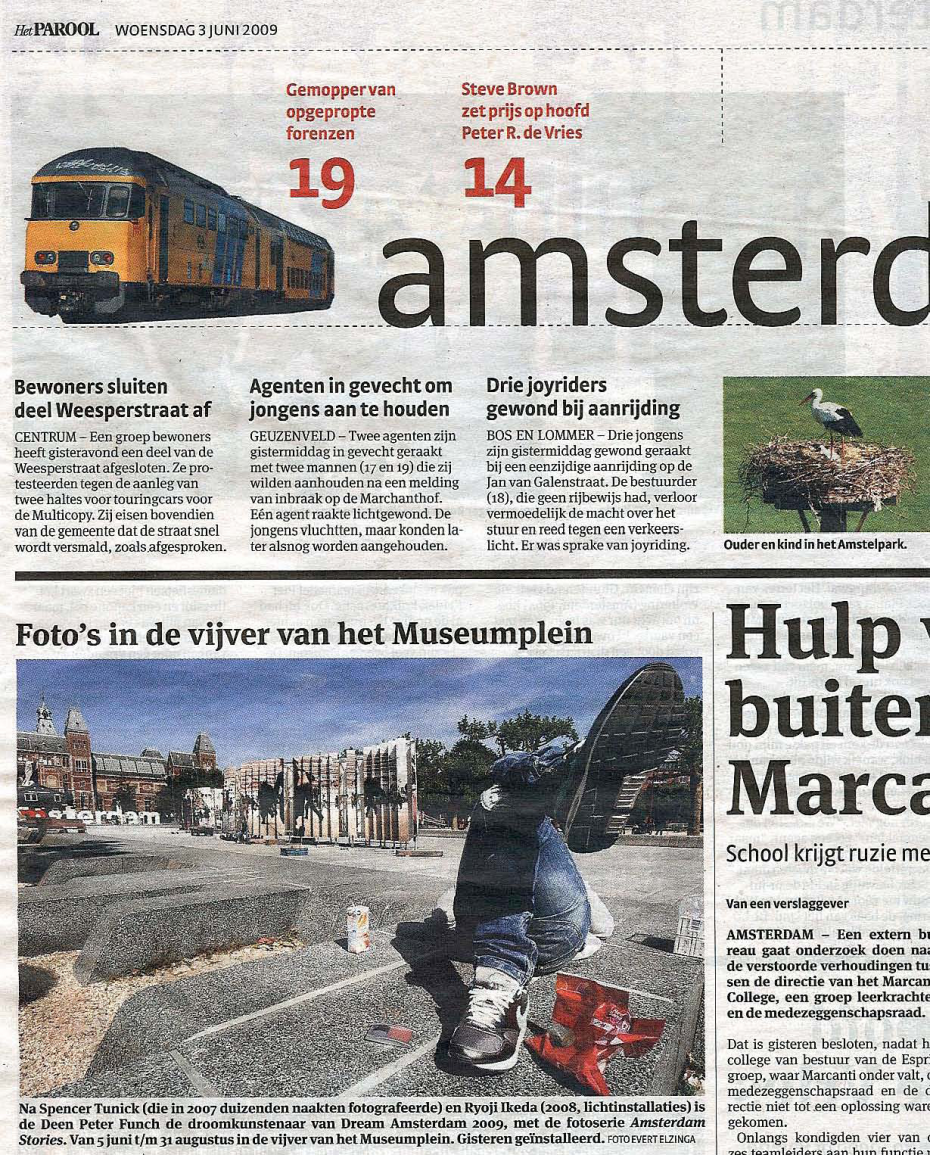 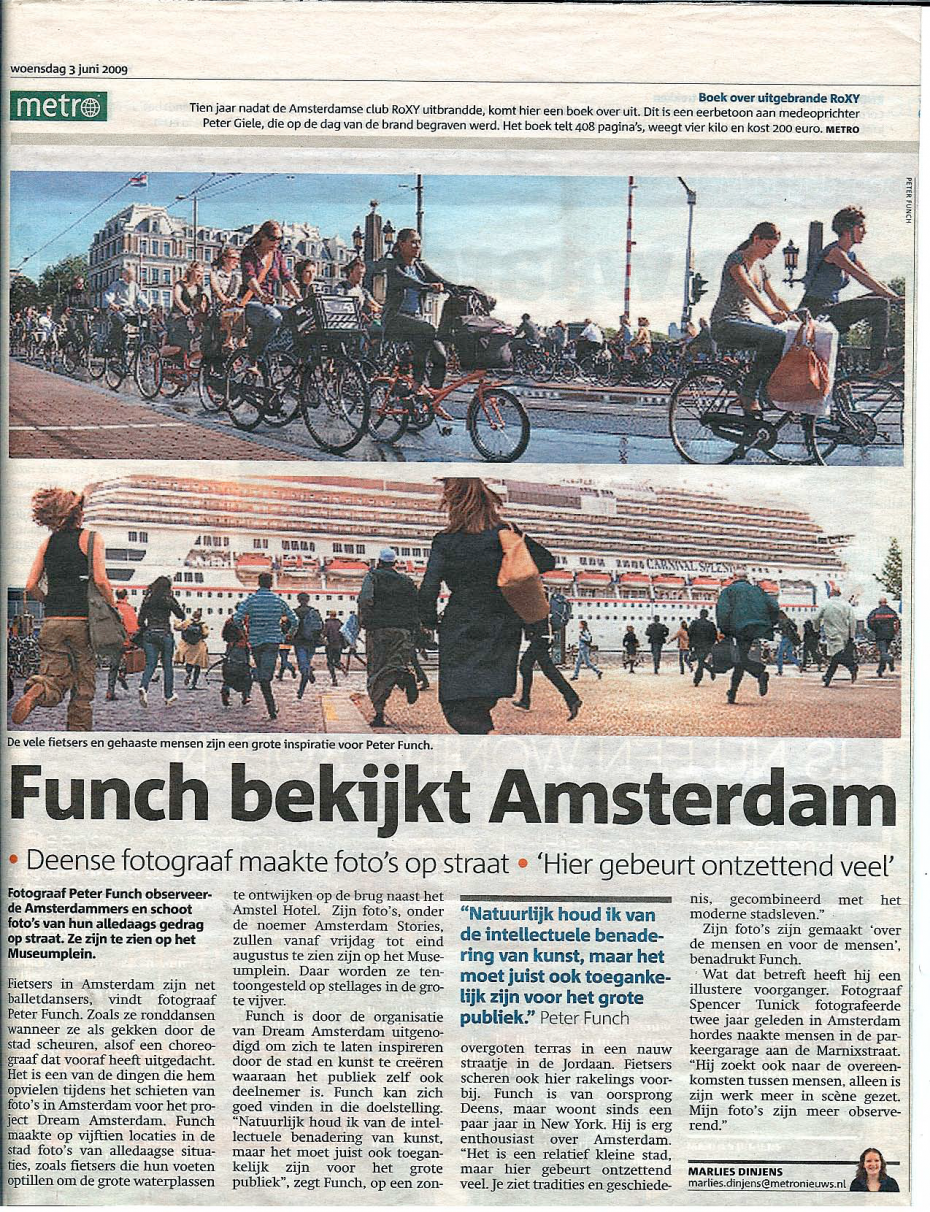 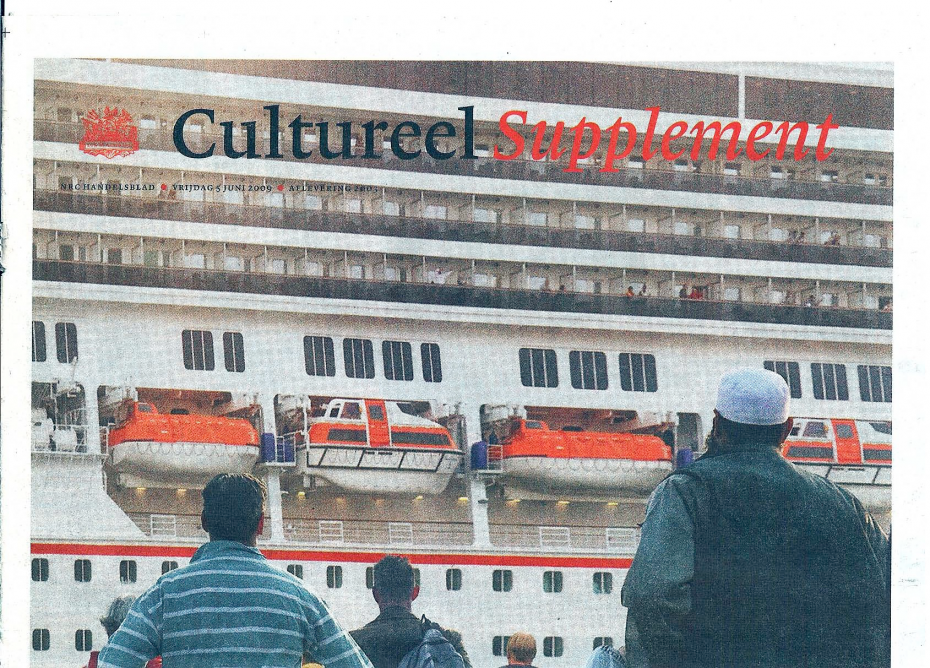 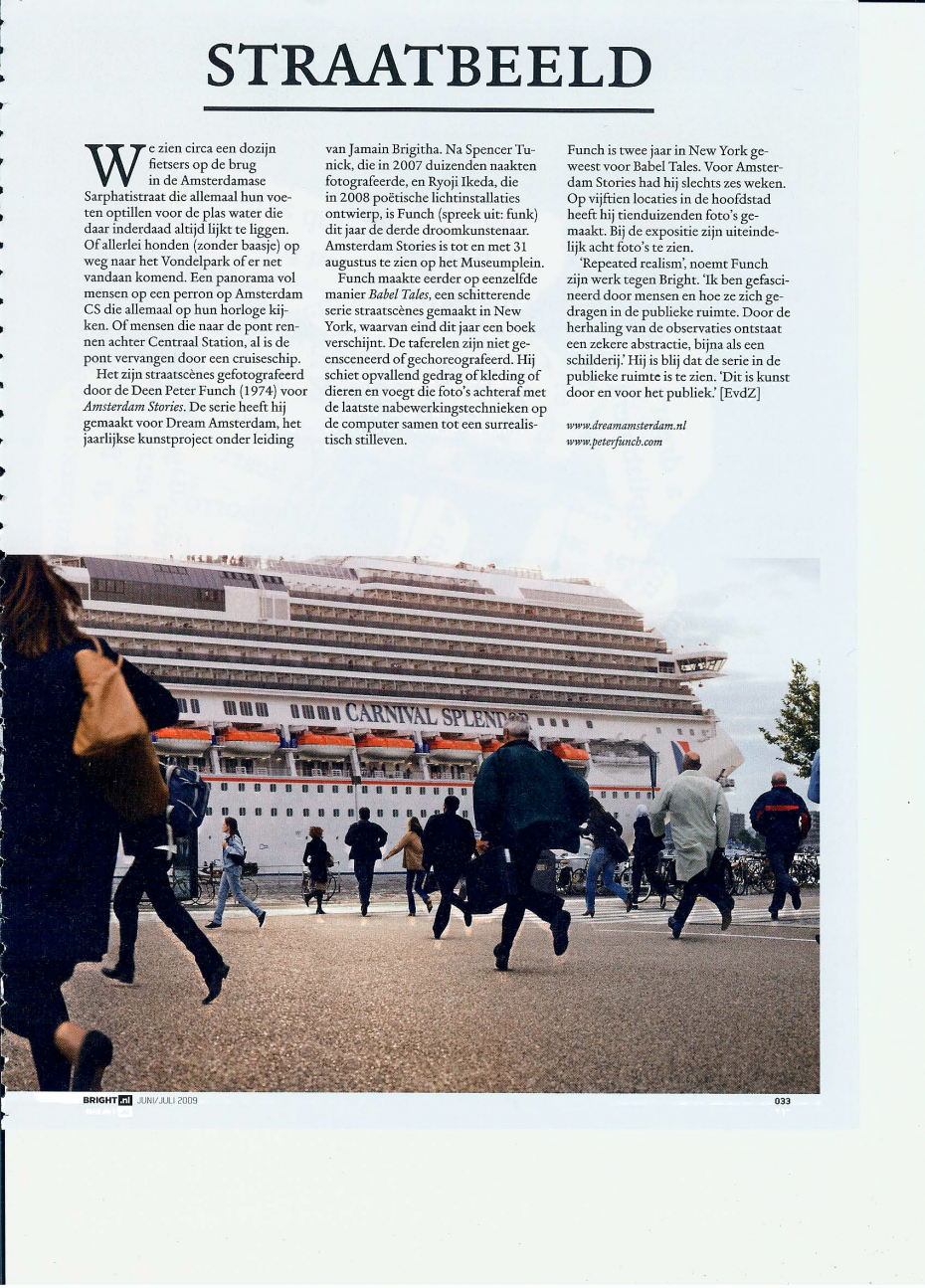 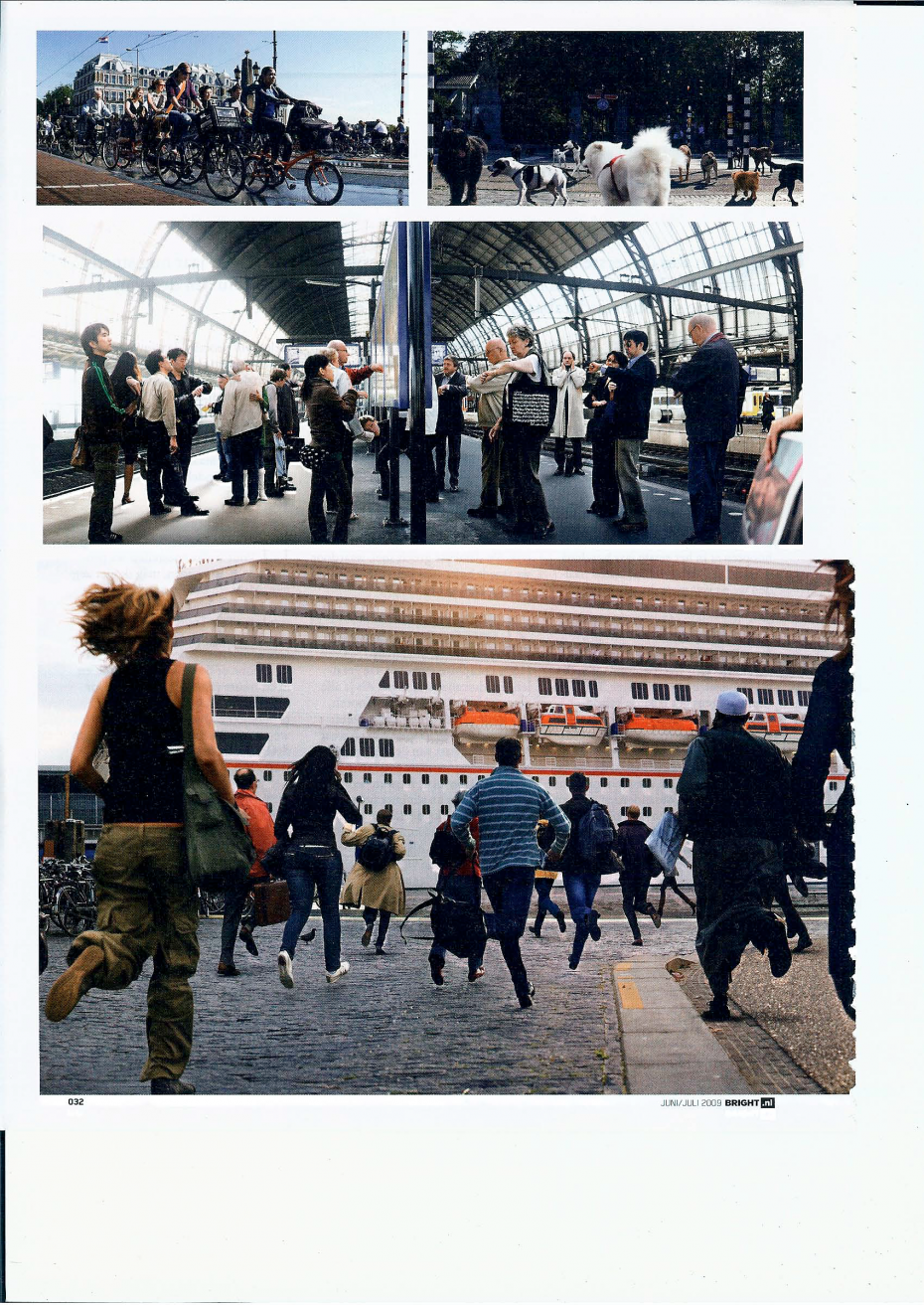 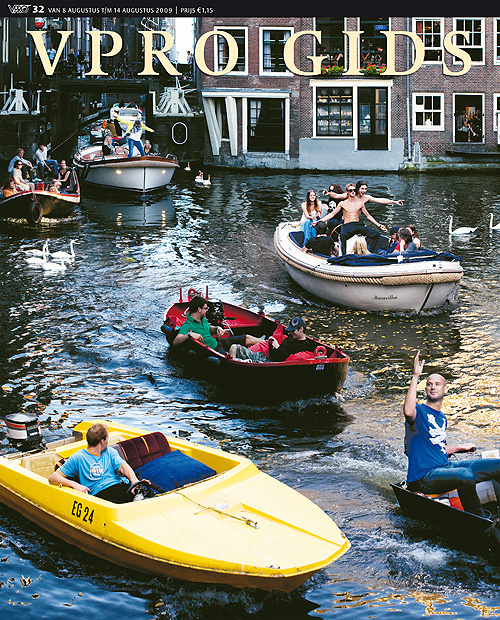